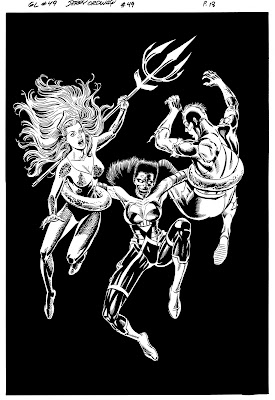 Here is a page from another collaboration I did with Jerry Ordway last year on a Green Lantern back up story, once again I did layouts and Jerry did finishes. one of the hardest things for me was the nature of the plot and being unfamiliar with the current story lines, the plot came in a few pages at a time and I was unfamiliar with the whole cross-over DC had going at the time, so Jerry helped me do a lot of catch-up! the splash was simple enough, but I'll post more pages to show how complex it got. 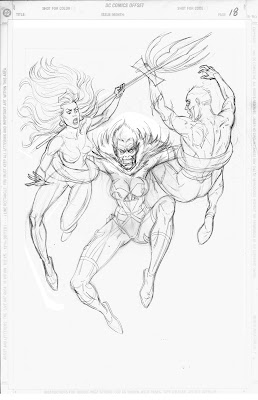 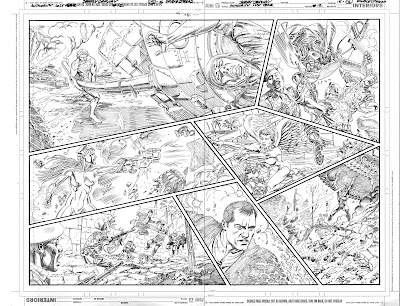 Here is the double page spread from Authority 12, you can see my layout for the page below Jerry Ordway's finished pencils. My goal was dynamics and flow of the eye through the page as the layout artist, since I knew no matter what Jerry would come through with great drawing. 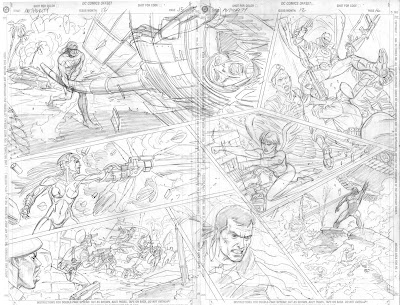 Posted by Mike Manley at 6:45 PM No comments:

Here are a few more pages from Authority 12 by Jerry Ordway and me. 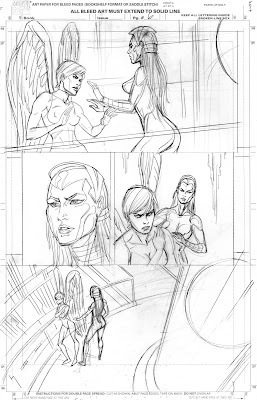 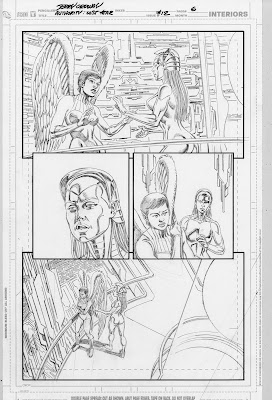 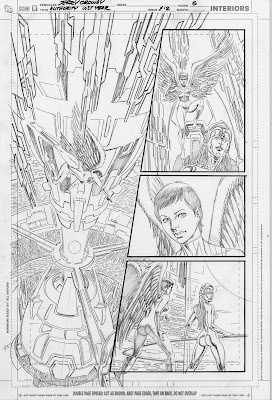 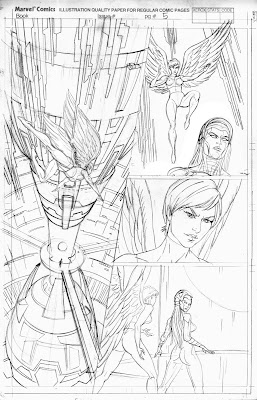 I'm kicking off the re-boot of the Draw! Magazine blog with a look behind a job I did early this year that went uncredited at the time. I've been buddies with Jerry Ordway for a while now, and Jerry is really one of the best artist not only working today, but of all time in comics. Jerry's what a real great comic artist is all about, great storytelling and great drawing and he can draw anything--his version of Superman is a classic, right up there with Curt Swan and Neal Adams. he makes anything he does worth getting and is one of the few artists working today I always follow. Since his deadline was short on this issue of Authority, ,Jerry asked me to help him out by doing layouts for him on it, which I imediately agreed to do. Our deadline was pretty short as I think the book was behind schedule and DC was trying to get it back on track, and at the time Jerry asked me if I minded doing it without anyone knowing and i said sure, I mean I'm helping a buddy out, and working with jerry should also be fun.

Now I don't think I had ever read an issue of Authority, but maybe scanned it in a comic shop if the art caught my eye so i was pretty unfamiliar with the characters. But the added bonus was that kevin Nowlan was going to ink it--so that should be a real treat for the eyes--how could I say no!?

Jerry forwarded me the script by Keith Giffen and some little thumbnails to give me an idea of where to go along with a ton of reference material. from looking through it all it seems as if they styles and costumes were always changing, nobody drew them the same.

below you can see my layouts and then Jerry's pencils from them. Kevin has some inked pages on his blog so you can see how they turned out under his brilliant inks.


There was a real freedom here for me as i felt that like a good infield whenever I picked up the ball and tossed it we were sure to have a wining relay. I was always thrilled to see what jerry did, and then Kevin. Now since this was a layout job there would naturally be spots where jerry would want to alter or change things and after all, it's his job so it's his right to do so. i felt my main job as acting, dynamics and storytelling, to rough out the construction and let jerry finish it his way.

So here follows a few pages from Authority NO. 12! 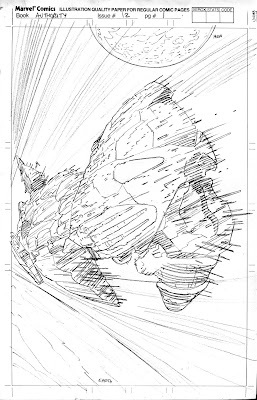 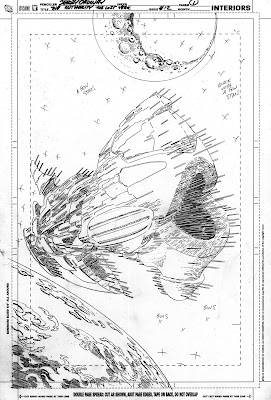 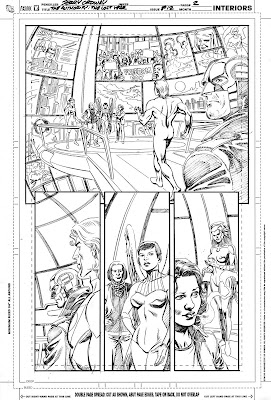 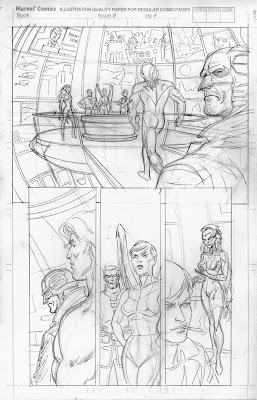 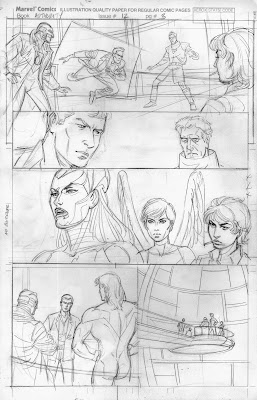 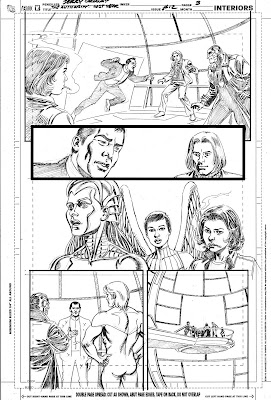 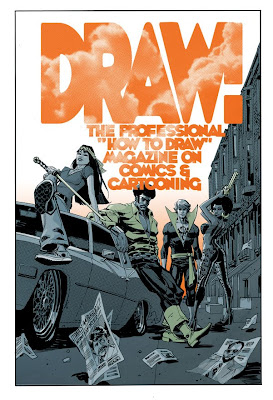 Here is the cover to Draw 21 which will feature and interview and how-to with Dan Panosian!
Posted by Mike Manley at 5:47 PM 1 comment: 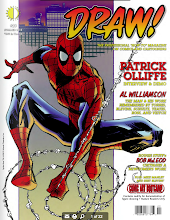